Getting to the bottom of Second life. This world will live on.

To be honest I have not been around Second life much the last year. My 2worlds2go virtual company have been doing other stuff and I have a art and design company in RL that takes up my time. 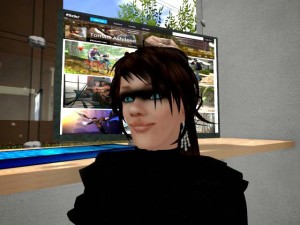 I try to get inworld and check out some new place everyday but it is often only for fifteen minutes and then I have to do other stuff again. So today I decided to read and look at video and try to get updated on the world again.

So I went inworld to play some games and see if things have changed. After a few hours and stuck in a maze I think Second life is really well and will be around for a long time. More stable and a lot of new functions to build new experiences. I have done some driving and it is soon at the same level as it was when I first came to SL. Strange nothing can be done about this. 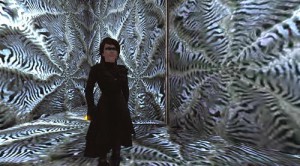 I have been testing a lot of new software the last months and I think I know why Second life will be around.

1: Content. There are some many talented creators and the new places are really good. When you see them thru the Oculus Rift you are amazed. No place have so much content as Second life. You can buy almost anything your avatar needs. No other world comes even close. Does Linden lab really think people will start all over again.

2: The tools are easy to use. Anybody can get in to creating. I was wrong about mesh. It looks great but make less people get in to virtual designs.

3: Standardization. You have a basic avatar that can be modified as you like. This makes it so much easier for content creators to do add-ons and clothes. Yes you can look like anything but people tend to look pretty much the same with a few personal alterations. If i buy a mesh avatar there will be others that look the same. We do not like that.

4: It is a world. You can walk on the continents. There are city's and beaches but it have the feel of a complete world. Yes you can fly, I think that’s overrated by the way, and teleport but the world is a place you understand. The most successful games and worlds looks close to RL. In WOW there is magic and monsters but the world is much like ours. It have also been around for a long time. Look at Active worlds, Blue Mars and Cloud party. Nice ideas but not worlds I want to spend a lot of time in.

5: People wants to have fun not be sys admins and run servers. This is why I think that Opensim and High fidelity got it wrong. I will pay to not run servers on my spare time I just want to go inworld and not care about the tech. There is money here.

If Linden lab is going to have any success with the new world they have to do some pretty amazing stuff. High Fidelity is far away from creating a world that is a contender. Opensim needs a central company to bind all the grids together. Unfortunately hypergrid is not enough.

No Second life is in good shape and that’s good news.

Getting to the bottom of Second life. This world will live on.