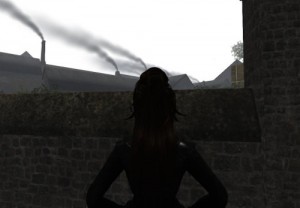 Had some time over on my vacation to do some real gaming so I packed up the Oculus rift and got going.

First thing is that it is not easy to get games to work. There are a lot of older games that are very well done and easy make the update times for the Oculus. You can also buy new ones made for the Oculus on Steam.

Older games needs a lot of extra stuff and it is not easy to get them going. Different graphic drivers do not work with all software. Everything is alpha some things beta and every edition do not work with everything else. For me it takes a day of reading and googeling and testing to get a game to work. And I have been working in the computer business a long time.

Software to look for is VorpX, Opentrack and Flyinside for FSX.

This said. When you finally get things to work it is beyond amazing. When I did my first liftoff from the runway in Flight simulator X I screamed with joy. The feeling of flying a real plane was overwhelming.

I have been trying to fly on the moon in Lunar flight. A game made for the Oculus. On Steam. I am great at crashing in to things.

I have done Wow, Portal, Half life 2, Deus Ex: Human Revolution. These games are easy to get going with VorpX but the scale of thing in the games are totally off. You are in a land of giants and it feels wrong. One way of playing these games are in VorpX cinema mode. That works better. You sit in a home cinema with a giant screen in front of you for some reason that helps. Still got the 3D.

When you get over the initial movement sickness of virtual reality it is so good and you will never want to be without it again. I cant wait until the headsets come out and there will be more games developed for VR.