Hypergrid soon to have the best builds.

Today I visited two very nice builds on the hypergrid. One on the OSgrid: Waterworld film and one on Soloton-Grid:Romenna both very good builds. 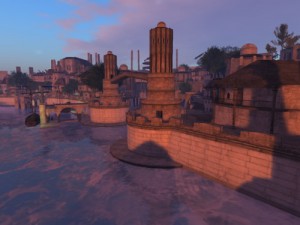 Rómenna is a big build and you can walk around the streets of a ancient city and explore every corner. It is well done and impossible to run in Second life. It is just to big. There is so much to see a and more info on http://soloton.selfhost.eu/Weltraumbahnhof/05%20Kunstausstellung/14%20Romenna/14.html 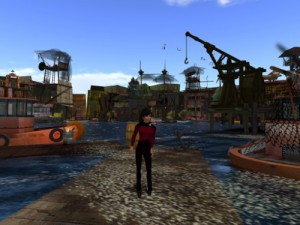 Waterworld on the OSgrid is just one sim in comparison but it is nice to see what you can do if you get the chance to build what you want. Very nice and if you walk around you are soon lost. It would be easy to put a game in here. Reminds me somewhat about Fallout.

These builds are both the reason why Second life have a hard time to compete. Both are made with Opensim tech and hosted with a lot less money than a SL island. High Fidelity´s idea of a self hosted hypergrid is already here.

Hypergrid soon to have the best builds.