Stuck in the Forgotten City

I should have worked but a trip to the Forgotten city had me walking around for hours. 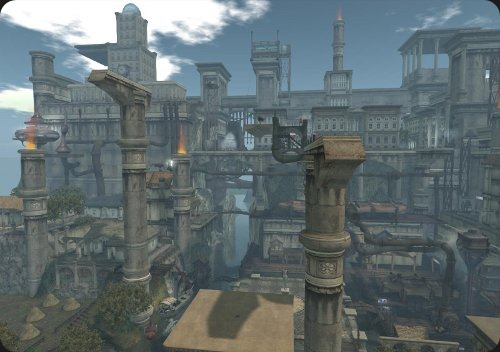 It is a great build and I did as I do in RL city's. Walked around and found new exciting stuff around every corner. The build feels very big because the use of different elevations and everything connects by elevators. I did not want to fly 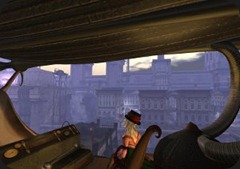 around and waited nice for all elevators. Just the feel of discovering made it so much more worth it.

And I am a Steampunk buff so I loved it so much more there was a model railway to and I was totally hooked.

A airship ride shows of the city nicely from the air. 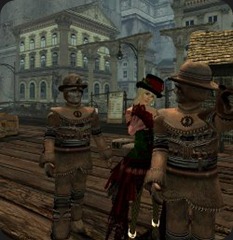 Me and some of the excellent 3d sculptures. Yes I was dressed for the occasion.

This could have been a setting for a game. There are several games in there somewhere and I think it is possible to do some gaming in SL even on a one island build if it is clever.

The build is done by Jenne Dibou she got a blog at http://jdmtf.blogspot.se/ and a store with a lot of very nice designs in the Forgotten city. You just have to go and see it. http://slurl.com/secondlife/Forgotten%20City/183/18/320/

Stuck in the Forgotten City