LSL scripting do not create my world. 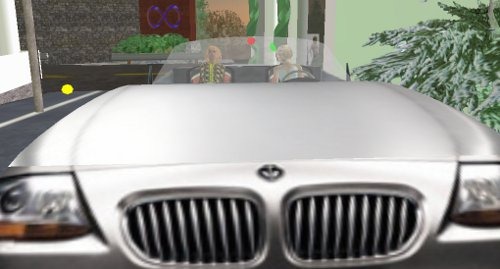 I have been working with lsl scripts on the Opensim platform the last two days. Moving some of my old scripts from Second life to my developer grid to see what is possible or not.

The answer is not much. Second life and Opensim are like a big box of Lego you can build anything and it looks good but when it comes to doing things like different forms of gameplay it is more or less useless. The physics engine do not support the most basic things like joints and suspension. It is almost impossible to make attachments that affect your avatar and weather system is not usable for even the most basic sailing.

Linden lab is trying to get some more adventure based lsl code in to the system but I really cant see that it would make any difference. Adventure games often need very large areas and land prices kills that idea.

I understand that it is very difficult to use a physics engine like the one in ordinary game worlds where you have professionals that write the code and test every aspect of it. But what would be possible to do is to have it prebuilt. Make it a object like a cube and have it in the build menu. A car 4 wheels and then let the users build the rest.

I am a gamer, The first thing I did when I came to Second life was to get a boat and then I spent hours sailing around looking at everything. I want to do stuff and I want to create things for other people to do. I know this is the wrong platform for me and I should spend my time writing games instead. But I love virtual worlds. I like being together with other geeks. It is so much more fun to build something in Second life than on my own grid because people drop in and ask what I am doing. It is social. Me like.

As a artist I like restriction it is creative in a way I understand but lsl just make frustrated. But I guess I have to do stuff that work in SL and on Opensim but for me that’s not enough.

LSL scripting do not create my world.