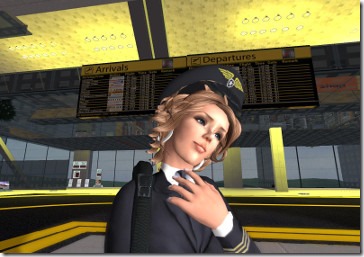 Today I was doing my usual flights. Morning from ESSV to ESSB and afternoon back again.

This morning FS9 crashed to desktop twice. So I did a hunt for bugs and it seems that the flight computer on my Flight1 ATR-72 crash FS on Win 7.

So I decided to do the afternoon flight without the FMC and as the ATR-72 have no GPS it would be some real flying.

I filed my flight plan and went to work. But when I logged in to VATSIM I saw that I was going to fly in controlled airspace for the first time. Not really prepared for that.

It is just to do it and it went so and so but I learned a lot. As I have FSinn on a second computer and I did not get voice to work there was a lot moving around in the cockpit. Fortunately not much traffic so I did get a lot of help from ATC. Happy about that. It is not that easy with all the software. I can do the flying but the rest is new to me. It is totally different from the automatic ATC in FS. But more fun.

And FS did not crash. And I got a voice to work in the end so next time I hope for better flying.

I have move FSinn to another computer. I suspect that all changing off windows did eat up some memory and made Flight simulator 9 to crash.

Have to see what happens in the future. Now I have to do some reading to learn the new airplane. The story continues.

My first flight was somewhat of a adventure. First the computer that the instruments where on did not work when I was ready to taxi, Quick change. Then departure went very well and flying to Trosa was also ok. Made some errors on ATC when my connection did not work. Wanted to do a STAR approach to the airport. It was ok in the beginning but then it all went sideways.

Could not find the airport. I have done this flight simulated a few times to learn but connected to the network everything changes and gets more “real”. I never even thought of taking up the GPS to look where I was. I was so set on doing it on instruments. And the the ILS on the instruments computer did not work so I was kind of lost. Looking around I could se I had missed my approach, so I picked my self up and did a GO AROUND. Lucky the weather was great in Stockholm so second time around i made a VFR. Not the greatest but I landed on the runway on time.

I think a few people came on to see the crazy woman. But I was so occupied landing I did not care. It was great fun and I cant wait for the next time. I be better.

Now I have done several flights in uncontrolled airspace and it works good. I tried several different hardware settings with add-ons and it have not worked very well. FS crashed several times on finals and that is no fun at all. So now I am running just a FS2004. I have FSX to but when you need to do minor adjustments when landing it does not work well. I am running the simulators on a 8 core machine with a mid range NVIDIA card and it still is not enough.

As I like to fly in Sweden and only use prop planes I can use the excellent free airports from RB design/Swedflight  http://www.rbdesign.se/swedflight.html. It is nice to taxi on a well done airport.

So next up is controlled airspace and maybe get the voice to function. And I will try to move FSinn to a second computer. There are to many windows to keep track of right now and maybe it will be easy to get voice to work as well.

Still figure everything out. Jets are far away

Back in the new place in Avalon town. 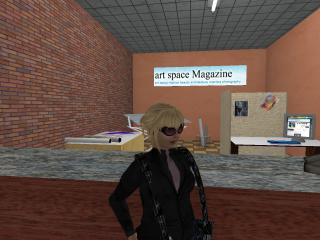 We are back in Second life and in the new Avalon town. It is not much but the important thing is that we are in a great art community. New story coming there is always something happening in the SL art scene.

Joomla template created with Artisteer by cyberserenity Aka Anna Lorentzson.